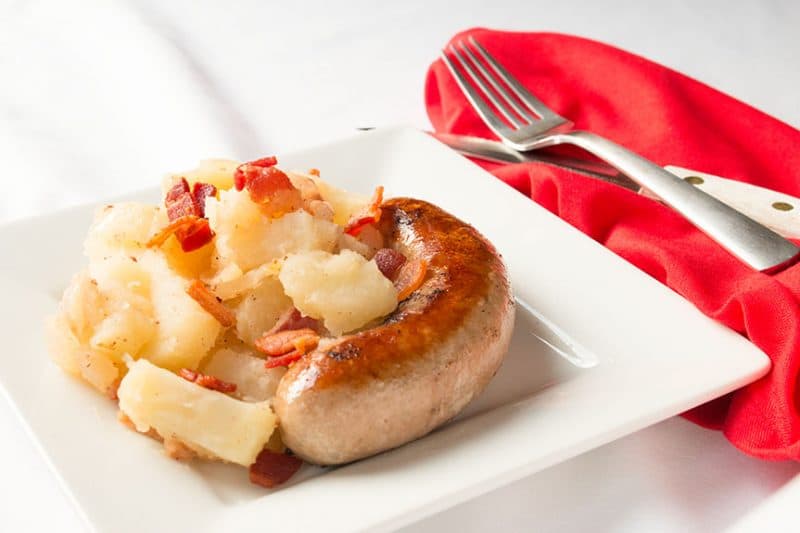 I quit buying Bratwurst at the store and never looked back when I started making homemade brats.

The method I use can still be used on store-bought bratwurst and will help you keep from drying them out.

Bratwurst and German potato salad is one of my favorite meals to enjoy on the back porch during the spring and fall months. I’ll admit it now, the bratwurst in the photo is homemade and it was made by me, but the recipe isn’t mine.

It came straight out of the one cookbook every sausage connoisseur should own: Charcuterie – The Craft of Salting, Curing, and Smoking.

I’m not going to post the recipe for the Bratwurst because I think folks should really buy this book. From a historical standpoint, this book made me truly understand and appreciate the art of curing meats and knowing exactly where my meat comes from. Buy… the… book… I’m being serious. Even if you don’t plan on making sausage, it’s a good read.

I can recommend a method for cooking your bratwurst. Most people just toss it on a grill or pan and go to town on searing it.

I find that cooking this way often burns or overcooks the skins before the interior is done.

One of the best methods to cook brats or any sausage is to simmer them in a pan, with the lid on, in a shallow liquid, until they are cooked through.

Then finish them on the grill or in a pan. My favorite liquid to simmer my bratwurst in is beer. Oktoberfest to be specific.

I’ll also chop up some onions and add them to my liquid.

When the bratwurst are finished cooking, I’ll put them aside and I’ll finish cooking down the beer and onions until thick. The cooked onions are great with the bratwurst.

I may add a little brown sugar to balance out the onions (beer can sometimes become bitter when cooked).

Then I will finish the bratwurst on the grill or in a cast-iron skillet.

There has been a new trend growing in the home kitchen, and that’s sous vide cooking (I discuss this at length in other posts).

I love my sous vide machine and cooking sausage in it is absolutely amazing. Instead of simmering your bratwurst, sous vide them. Seriously.

Set your sous vide machine to 160 degrees F. Place the bratwurst in a gallon size Ziploc baggie and cooking them for about an hour. Pull them out of the water and finish them however you’d like. I freeze my sausages and then put them in vacuum sealed bags.

When I want bratwurst, I just toss them in my sous vide machine frozen. This is great for those nights for when I want something easy to cook.

Now to the potato salad.

My first experience with German potato salad was at a Volkswagen enthusiast event in Helen, GA. If you don’t know what Helen, GA is, it’s a German-themed tourist trap in North Georgia.

It’s a neat place if you’re driving through. The landscape is beautiful, just don’t get sucked into the touristy stuff.

There are a few decent restaurants in Helen and one of them had this salad. Ever since I had it in Helen, I’ve been on a quest for the perfect clone recipe. It had the perfect amount of crispy bacon mixed in a vinegar base. The potatoes were not all mushy, they were just fork tender.

I think this recipe is as close as I’ll ever get.

Make sure you don’t overcook your potatoes.

This is at its best when the potatoes are still just a little firm. Kind of like the firmness you get from canned potato slices.

Honestly, if you wanted to be lazy about it, you could use canned potatoes.

You can serve this warm or cold.  I kind of prefer it on the warm side. 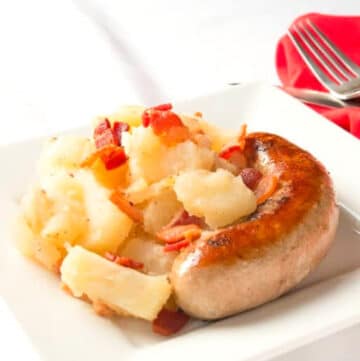 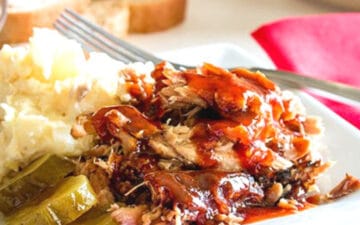 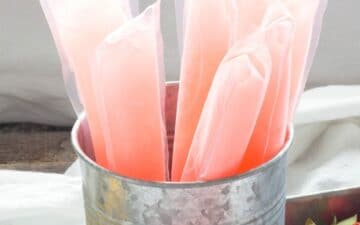 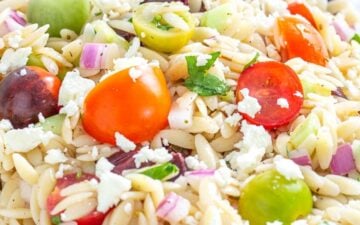 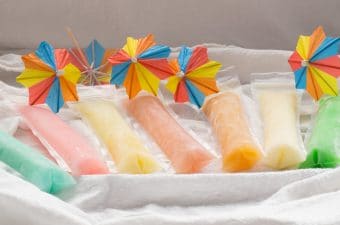