Cheesy hashbrown casserole is a cheesy potato comfort food side dish that’s quick and easy to put together.  This potato casserole is great with breakfast or dinner. 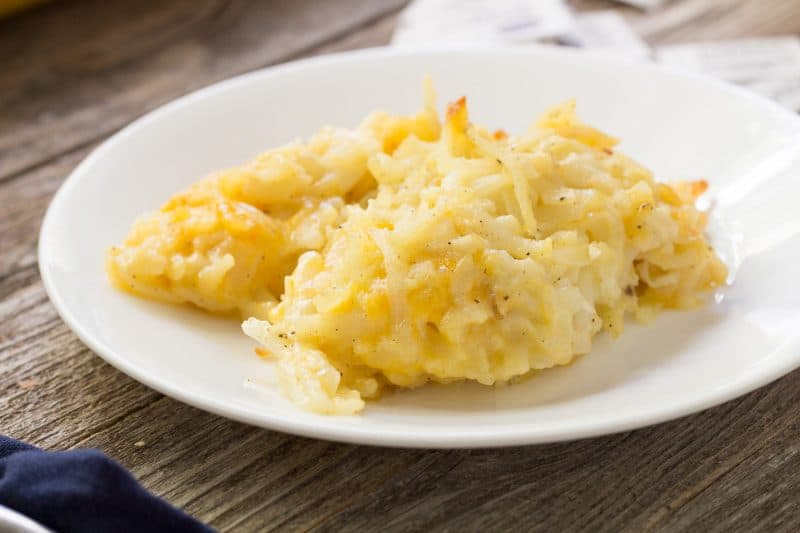 Cheesy Hashbrown Casserole is a classic comfort side dish. Ready to serve a crowd in under an hour.

Perfect addition to any holiday table, especially if you are looking for an alternative to your standard fare. 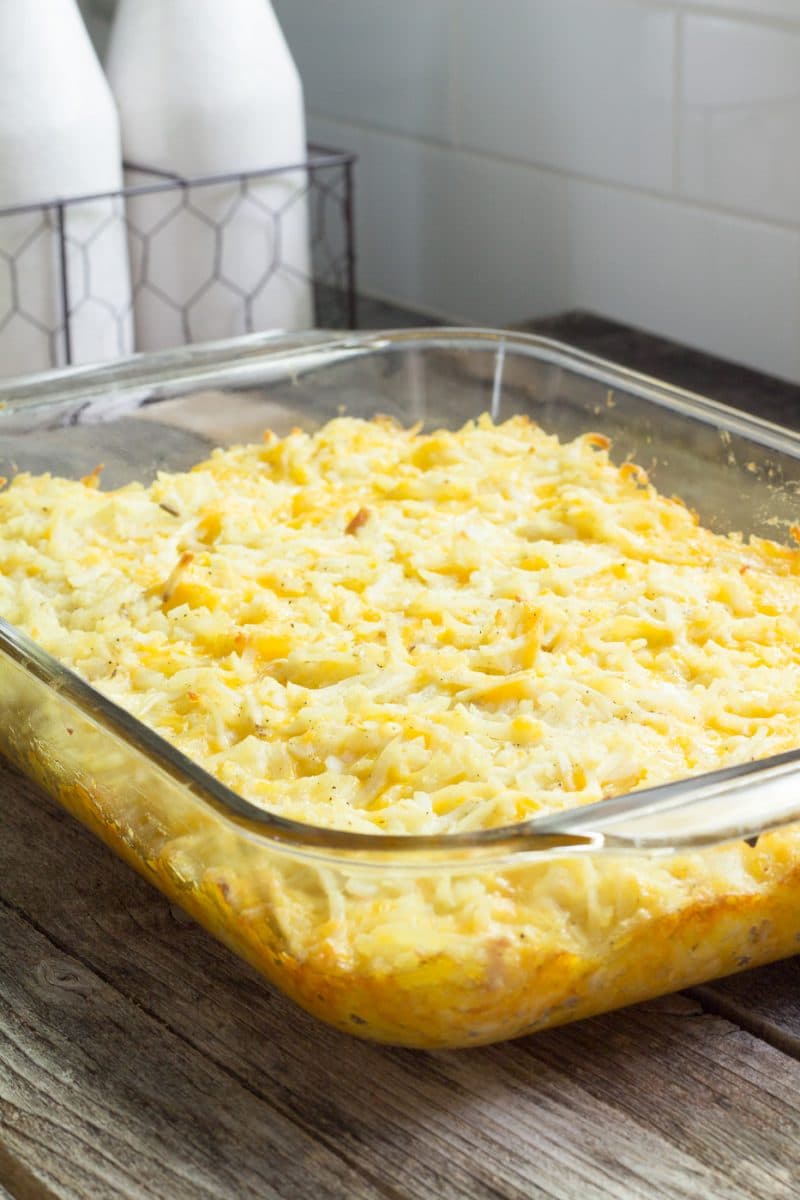 This recipe does not have sour cream and is perfect for those who like a little potato with their cheese.

Sour cream is not necessary to produce a creamy hashbrown casserole.

We add 1/4 cup of heavy cream or milk to ours because it gives it a little more moisture and the creaminess of this casserole comes from the addition of heavy cream, half and half, or milk. 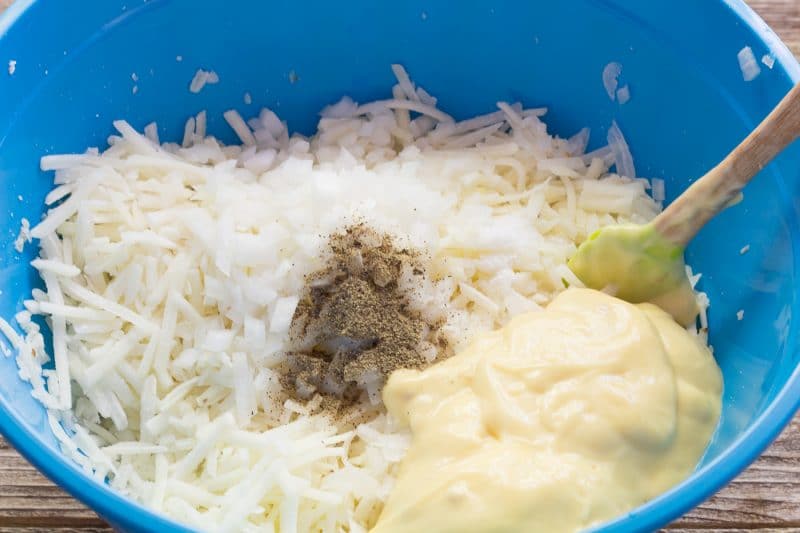 One bowl is all that is needed for making this recipe.  Fewer dishes mean less work.

One-bowl recipes are perfect when cooking during the holidays and dishes are already starting to stack up.  Just mix it all up, pour it into a casserole dish, wash out the bowl and voila, its ready for another use. 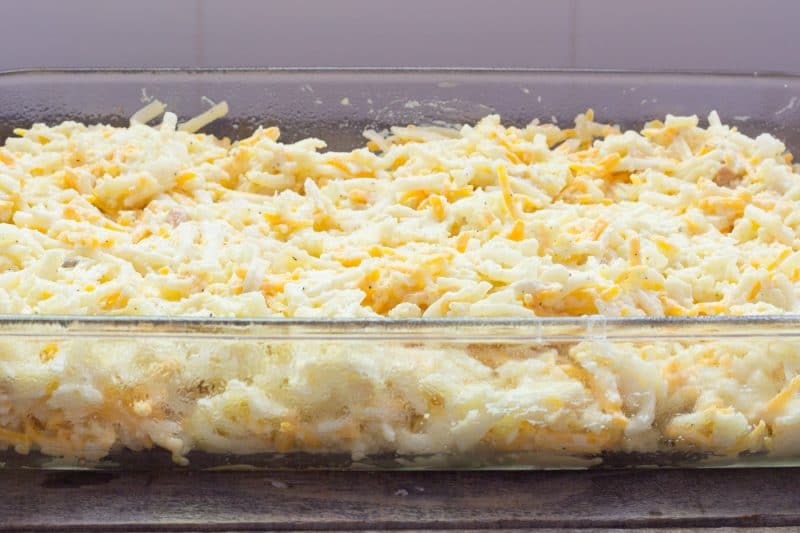 I start with frozen hashbrowns.  You can see the glass casserole dish sweating as the hash browns were thawing.

This condensation moisture will not affect the finished dish.

Since condensed soup and cheddar cheese has plenty of sodium, you do not add any additional salt.

We do add extra pepper on occasion though, as we find that the pepper flavor muted.

To keep the dish kid-friendly, this extra pepper has not been added to the ingredients for those folks that do not read through posts first.

Resist the urge to pack this mixture down.  Loosely packed potatoes will produce a texture pretty close to the dish from Cracker Barrel. 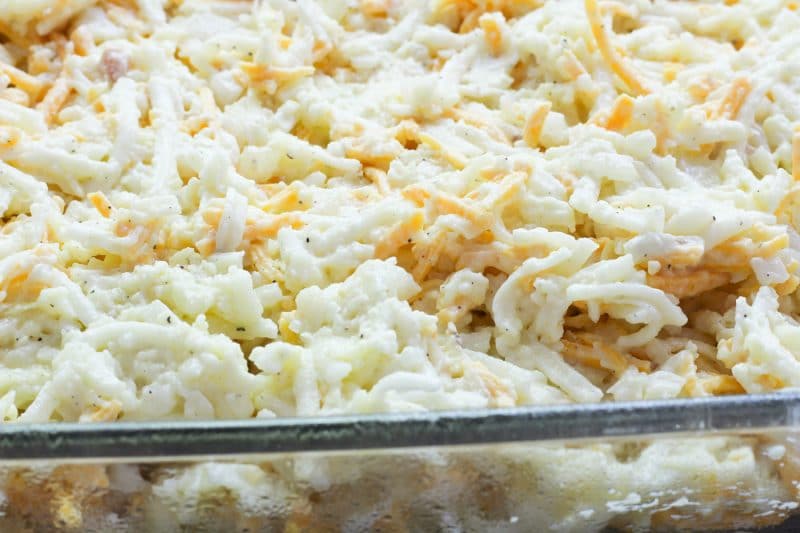 Can hashbrown casserole be reheated? 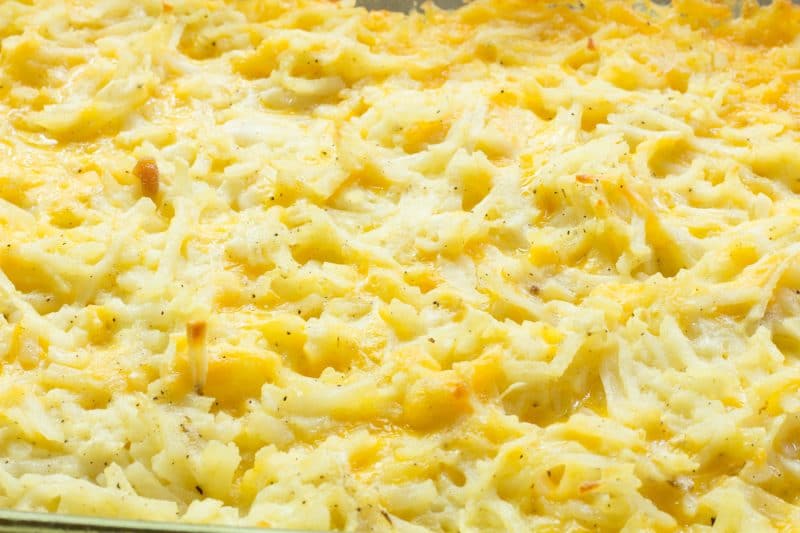 Can hashbrown casserole be made the night before or ahead of time?

Can hashbrown casserole be frozen? 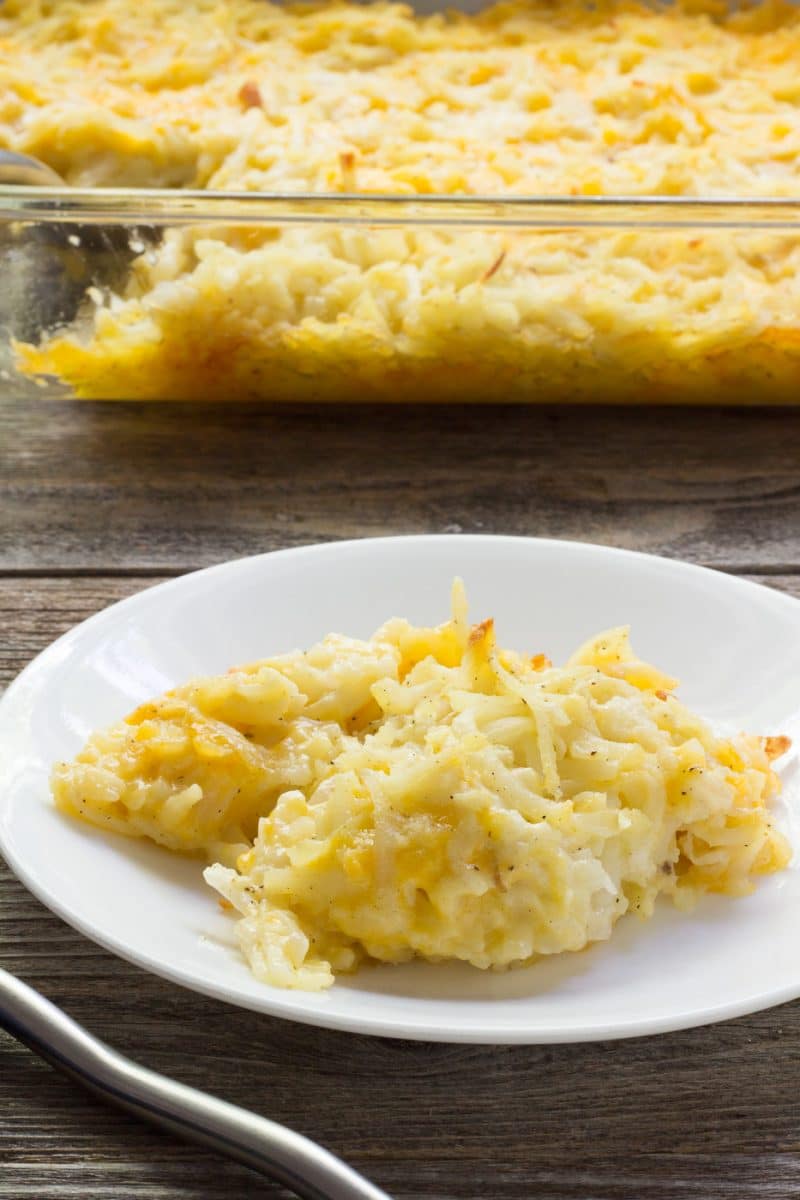 Can hashbrown casserole be made in a slow cooker?

Can I use refrigerated shredded hash brown instead of the frozen one?

Do I have to use canned soup for hash brown casserole? 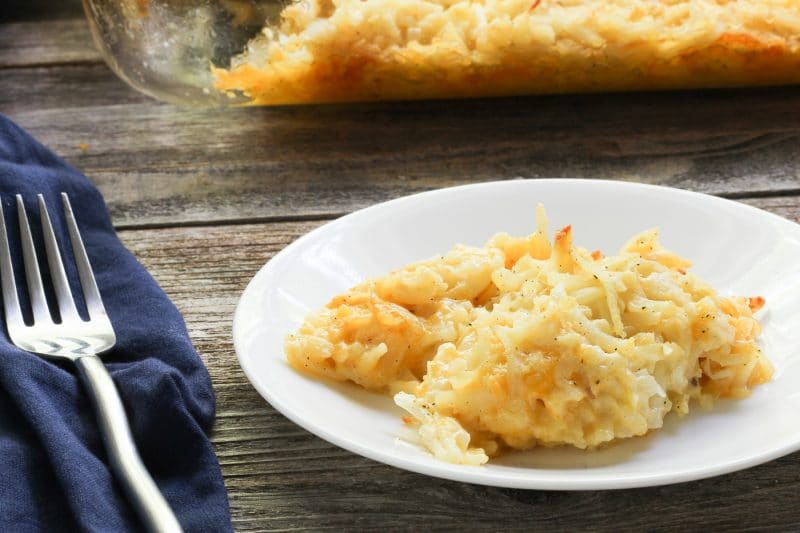 How do I add a cracker crumb topping to hash brown casserole?

Is there meat in hashbrown casserole?

Is there sour cream in hashbrown casserole? 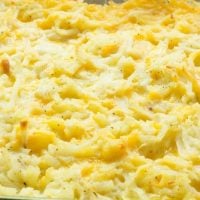