This bread pudding does not have large pieces of bread hanging out.  This is creamier than other bread puddings, but not too egg-y. 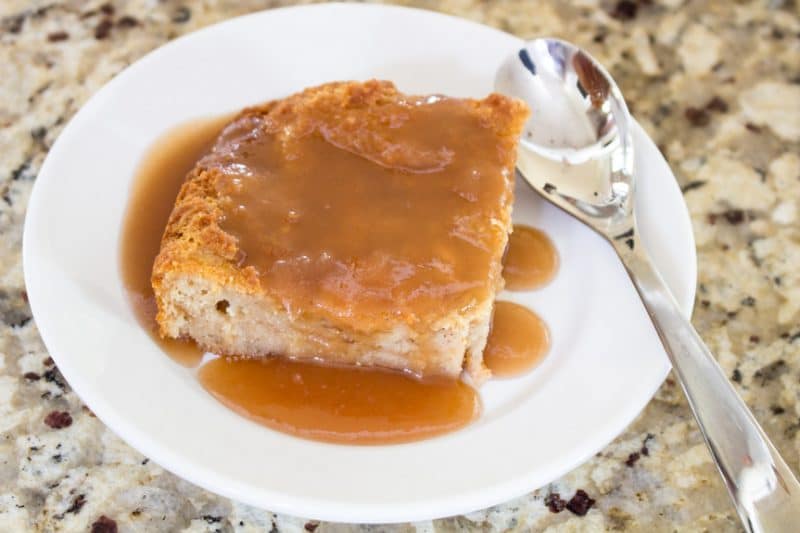 If you want more bread in your pudding why not just make some French toast?

It can be made with any kind of leftover bread that you have laying around.

I prefer making this with some dried out quick yeast rolls.

I’m able to crumble them pretty quickly and these rolls absorb the liquid pretty easily.

As you are mixing up this bread pudding, the consistency will look like really wet oatmeal.

No worries, this will bake up and set just fine. You want it to be somewhat soupy. 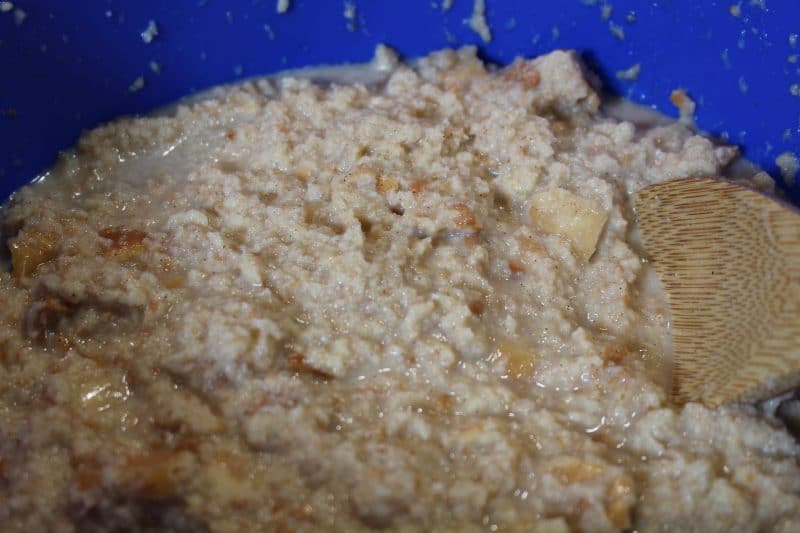 If you think it had too much liquid, you can always add any other bread you have.  I have raided the freezer before and added hot dog buns.

I have successfully added plain white bread, Texas toast – not the garlic kind from the freezer!  I suppose you could even add stale donuts.

Raisins can be added too.  I don’t usually use any fruit in my bread pudding.

The bourbon taste in bourbon sauce can be overwhelming sometimes, especially for non-drinkers.  I would recommend just a caramel sauce for those folks.  Store bought would work just fine.

Bourbon and caramel sauce can turn out grainy if not cooked perfectly, another great reason for pre-made caramel sauces.

This bread pudding tastes great even without the sauce.  Whipped cream or a touch of ice cream are also great toppers.

To make the crust crispier, I place the butter, un-melted, into my baking dish and put it into the oven while it is preheating.

For those of you who like more of a custard type bread pudding, you need to know the neighborhood critique.  One of my neighbors who grew up in the New Orleans area thinks that this could be “fluffier”.  It was a little dense for his expectations.  He may have preferred French toast……. 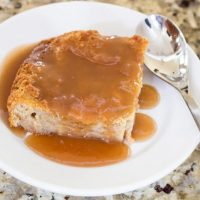 Melted butter may be omitted, spray pan with a baking spray. Melted butter can be brushed on top of hot pudding if desired. Recipe Adapted from What's Cooking America