Snickerdoodles Recipe that produces soft, pillowy, and chewy cookies should be in everyone’s recipe box! 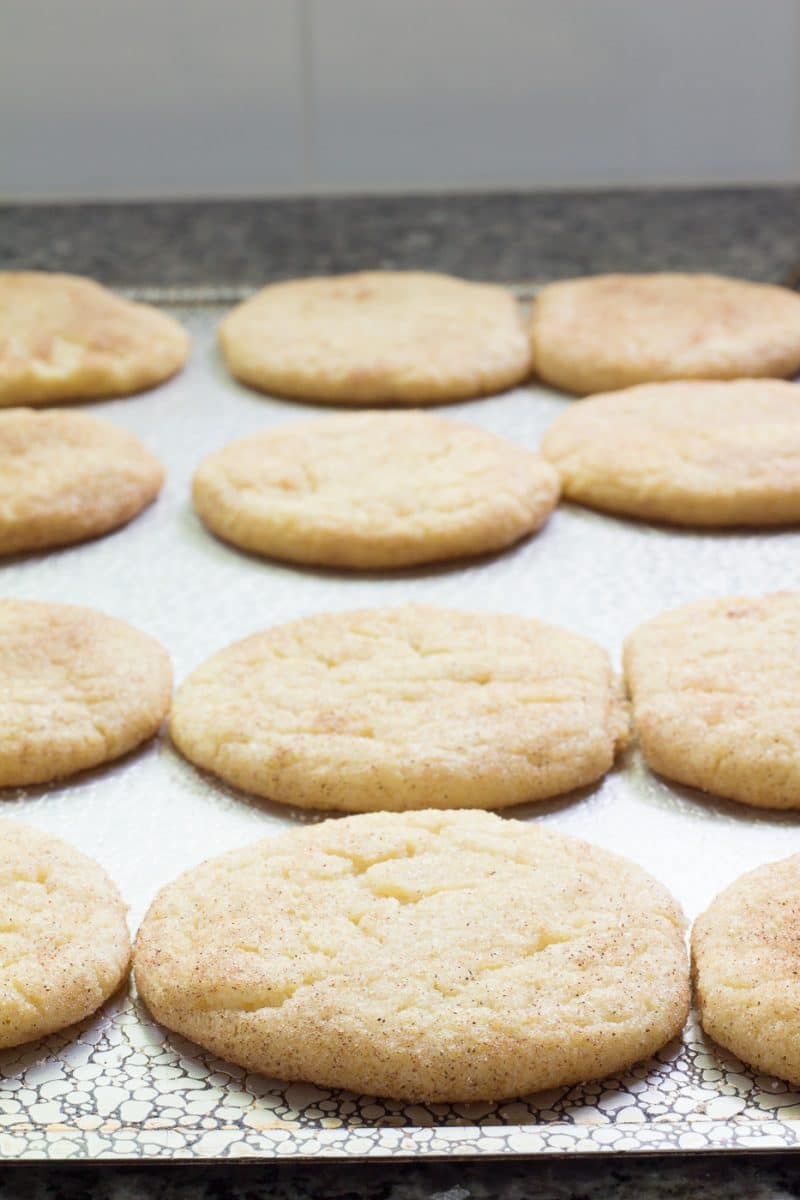 Perfect for gift giving, or hoarding for yourself.  Try these snickerdoodle cookies with coffee, tea, or hot chocolate.

If I had to choose the one cookie recipe that I think would please everybody, it would be Snickerdoodles.

No worries about someone who doesn’t like chocolate or those who may have a tree nut allergy.

These are great with coffee, tea, warm cider, on winter days, on warm days, well snickerdoodles are great no matter when or how you serve them. 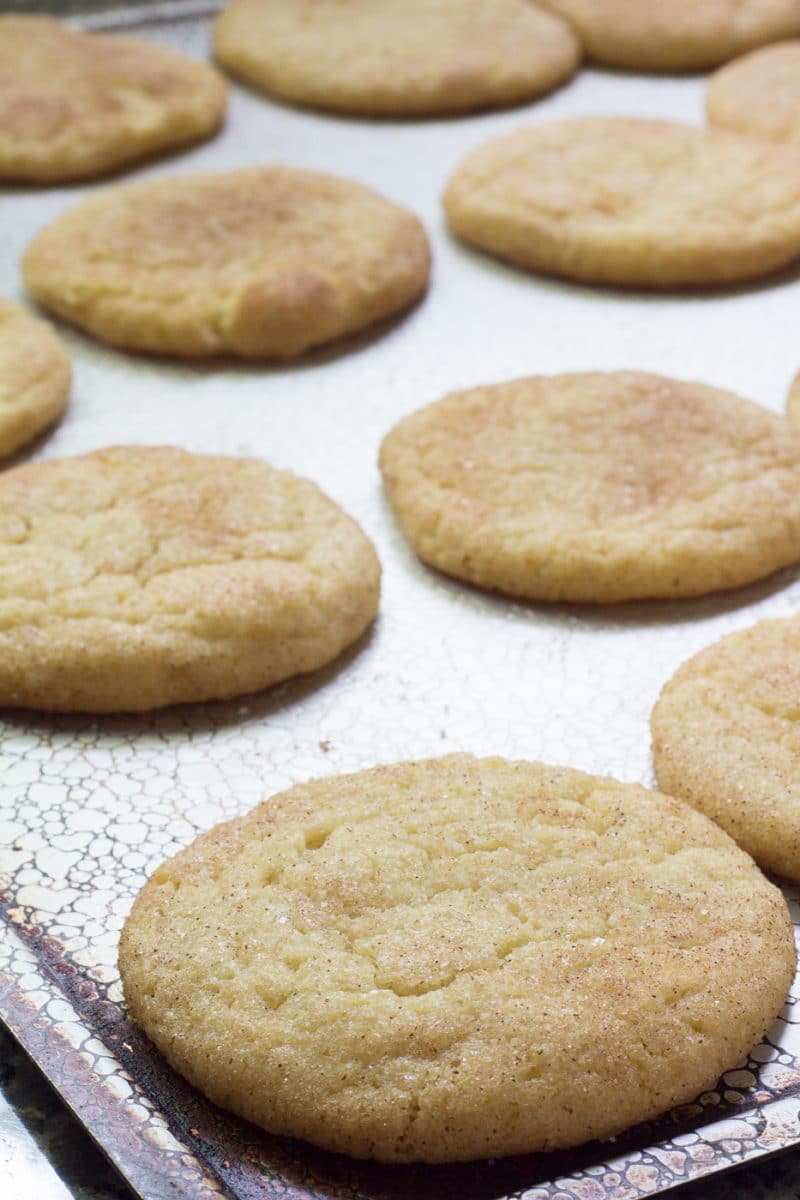 I have been making this particular recipe since I was old enough to be allowed to use the oven.

No idea where my snickerdoodle cookie recipe came from, as it is one of those scraps of paper I have carried around forever.

If I had to guess it came from a Betty Crocker or Pillsbury cookbook I had access to along the way.

Or it could be one of those vintage cookie recipes I inherited from someone.

All I know is that my snickerdoodles recipe is one of the most requested cookie recipes I have in my arsenal. 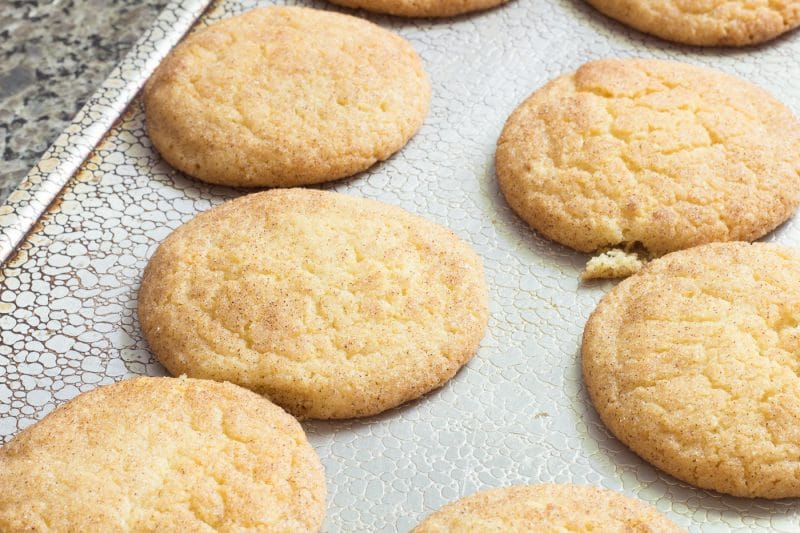 I did not start collecting cookbooks until I had a house and kids of my own.

But once I was in that position, I was more like a cookbook hoarder.

At some point, the collection truly did get unwieldy, so I had to start writing the recipes I wanted to keep and giving the cookbooks to Good Will or other avid cookbook readers.

Some days I really wish I had kept those cookbooks.

But, back then, I had no idea I would be writing a food blog, the internet wasn’t even invented yet. 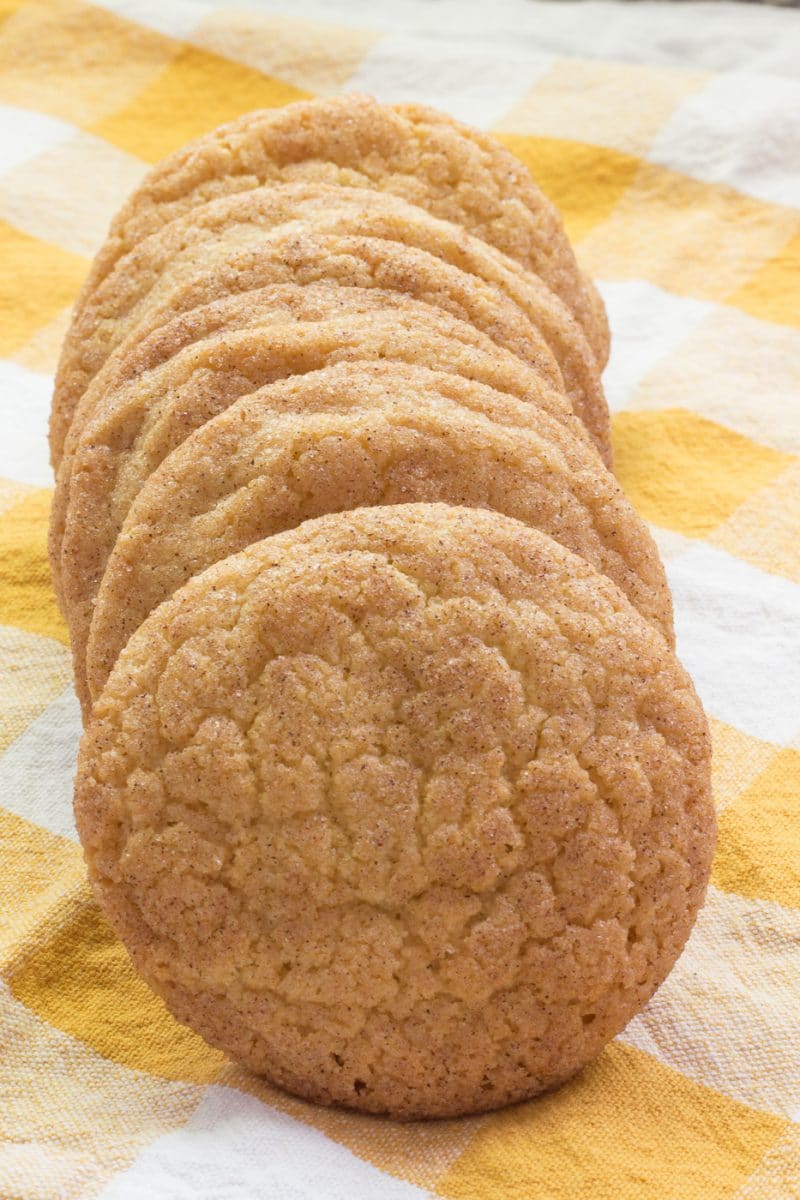 I tend to use salted butter in my cookie recipes.

I know there is plenty of information out there that contradicts this, but it is what I always have on hand so it is always what I use.

I never add salt to my cookie recipes unless I am using all shortening, and I haven’t done that since I was a young cook on a tight budget. 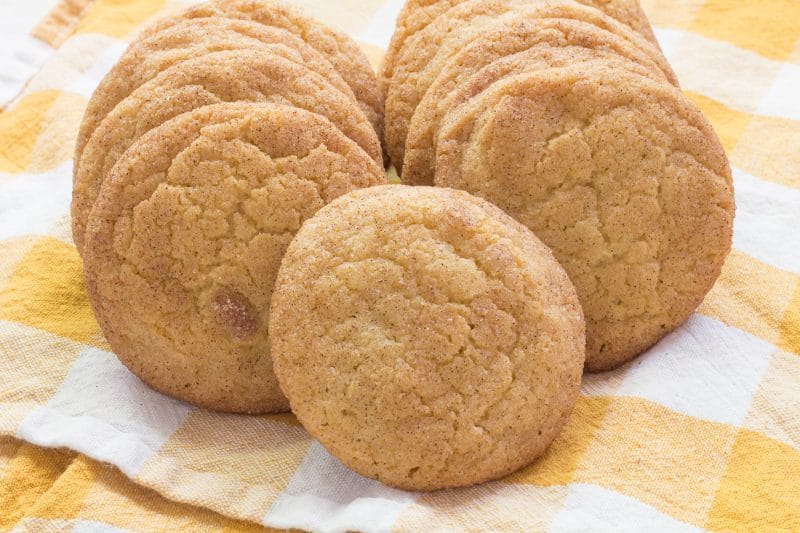 Even my German Almond Cookies that should use all lard, has half butter in them.

If you prefer using unsalted butter in your baking, and a lot of folks do, just add 1/2 teaspoon of salt to any of my cookie recipes.

Whenever you are making my snickerdoodles cookie recipe it might be easier to coat the balls with cinnamon and sugar after you have dropped them with a cookie scoop right into the sugar mixture.

I generally find that the more snickerdoodles I roll in the sugar mixture the less cinnamon I have in the sugar.

I think it happens because the cinnamon is so much finer than the sugar it sticks first.

I always stir in a bit more cinnamon after I have rolled about half of the snickerdoodles in the sugar-cinnamon mizture.

The only real difference between our sprinkle cookies recipe and snickerdoodle recipe is that one uses all butter and one uses half shortening. 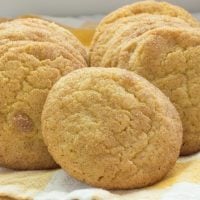 Half of the butter can be replaced with solid shortening.

Hi! I’m Beth and this is where my food loving family and I share 4 generations of easy homestyle recipes. Grab some coffee or tea and stay a while. We love visitors!  More about us > 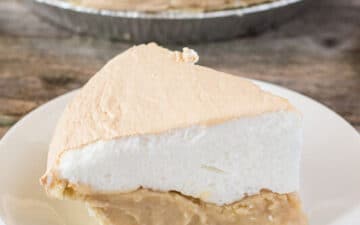 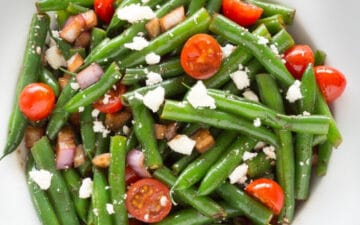 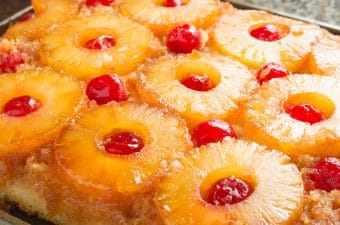 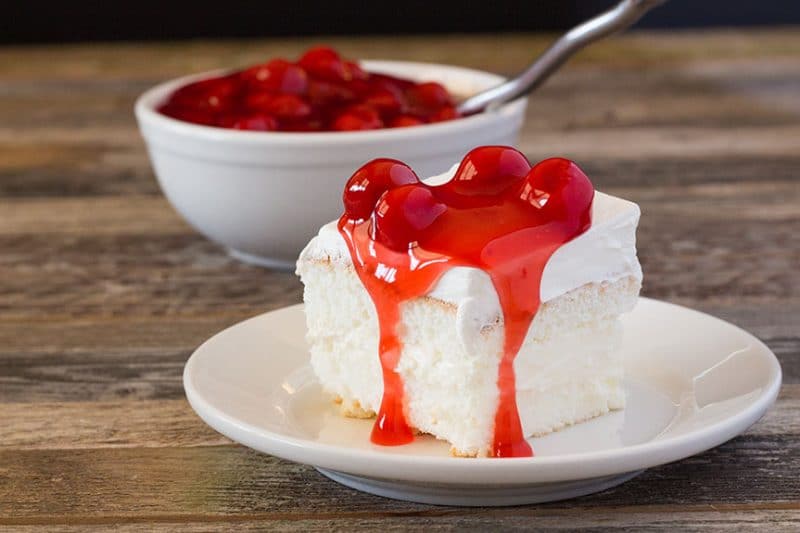 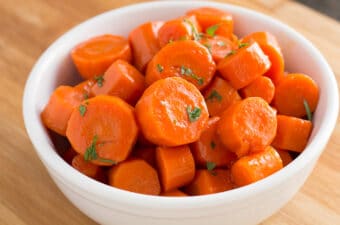 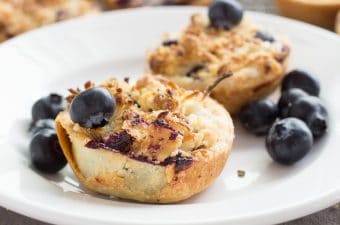 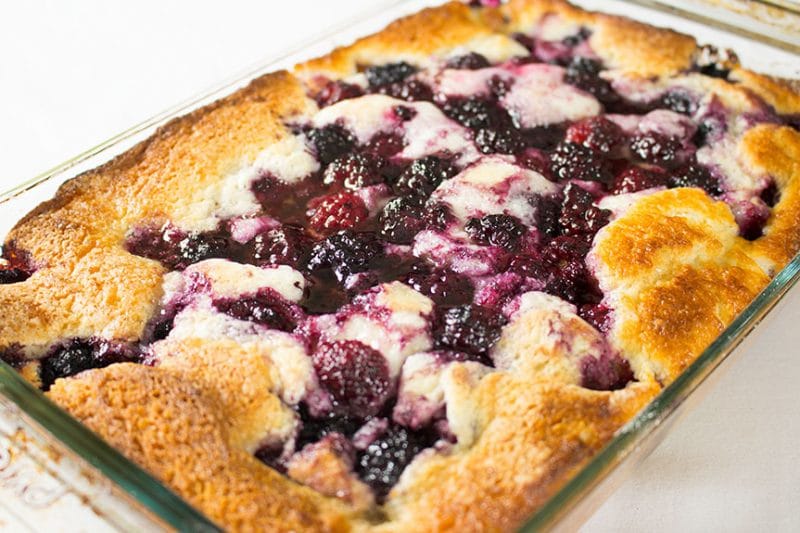 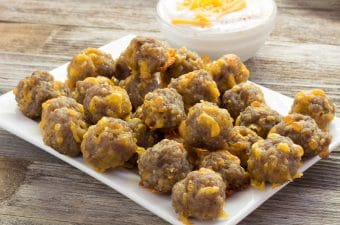 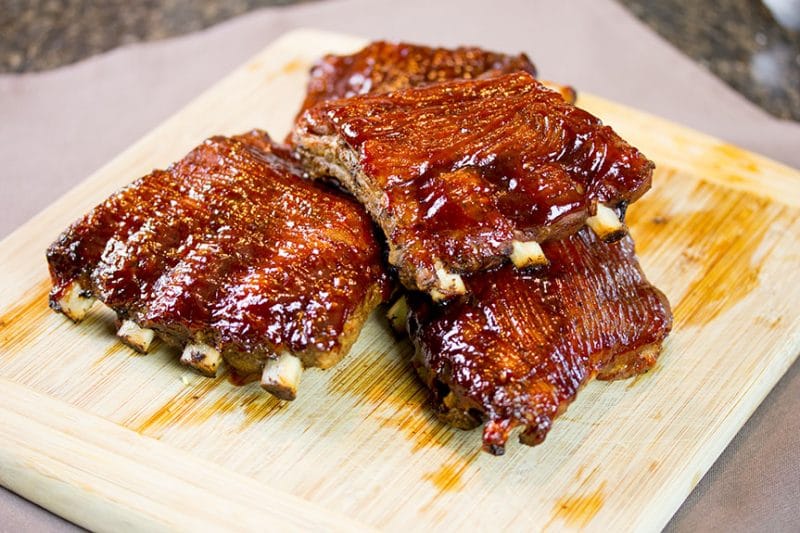 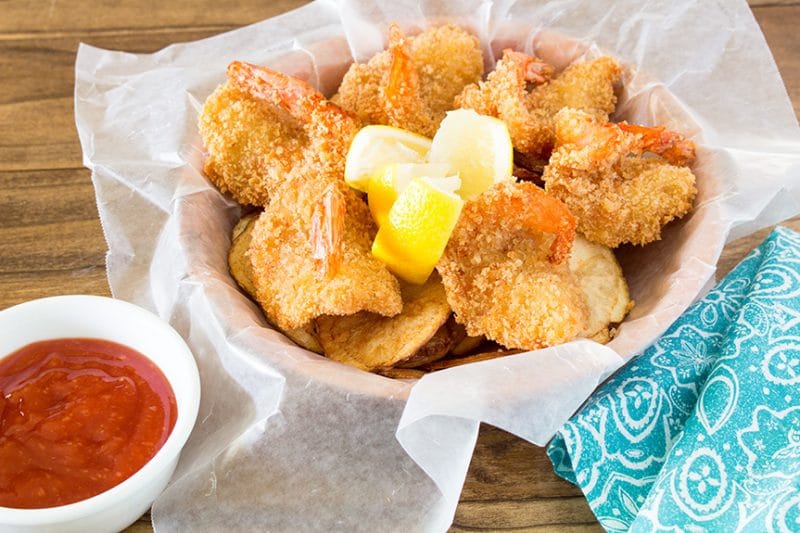