Apple crisp with a crunchy oat-free topping is the perfect fall treat!  Make some for dessert tonight! 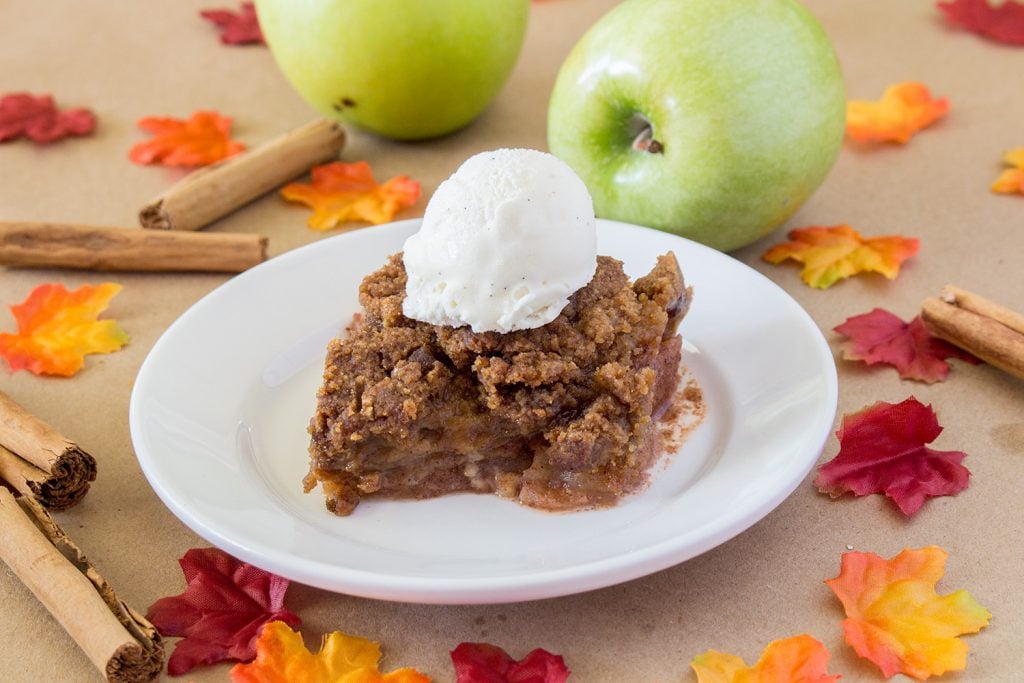 The second the heaviness of summer starts to dissipate, I have an urge to make this easy apple crisp recipe, pumpkin bread, and pumpkin cookies.

I prefer my apple crisp made without oats.

I don’t have anything against oats.  I will eat an oatmeal cookie, but given other options, it isn’t my first choice.

I will not eat oatmeal for breakfast unless they are steel cut. It’s a texture issue.

I came across this recipe years ago when I collected cookbooks.

My favorite cookbook at the time was Beat This! by Ann Hodgman.  I did not use the apple crisp recipe from that book since it was made with oats.

But if I did, I would have used hers.

It was when Beat That! also by Ann Hodgman came out I found an apple crisp recipe that was made without oats.

Once I found this recipe, it has been the only one I use.

Of course, I can never leave well enough alone and have added a little more sugar and cinnamon, but the whole idea of an apple crisp recipe without oats started here.

The topping can be increased or decreased as desired.

But here is my word of warning, if you make the topping too thick, it will become hard to cut and hard to eat.  All that butter and sugar will caramelize.

I store leftovers at room temperature, but it would be fine in the refrigerator.

Leftovers are best eaten after being warmed back up in a low oven, or in the microwave, about 90 seconds should do it.

Like all apple crisps, it is great warmed up with ice cream on top.

If you are at my house, you might even get an extra drizzle of caramel sauce added to the top.

Adapted from Beat That! Cookbook by Ann Hodgman