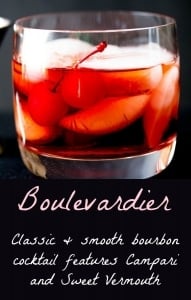 Boulevardier is a vintage Bourbon and Campari drink with a touch of sweet vermouth.

With the new interest in whiskey going on, why not give this well-loved recipe a try. 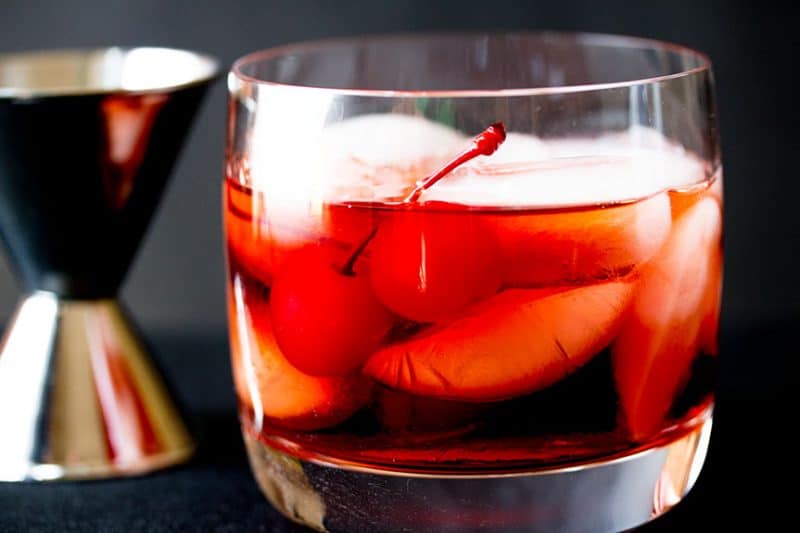 When I was in college, I foolishly believed that mixed drinks were for girls.

Boy was I wrong. As I get older I could care less about what other people think about my drink of choice at the bar.

I have zero problems or ordering a cosmo in a group of grown adults.

Who doesn’t love cranberry juice?! Real men drink whatever they want without being bothered by what other men or women think of them.

Anyways, I’m a fan of bourbon and bourbon mixed drinks.

An old fashion or a whiskey sour was my default go-to drinks until I discovered the Boulevardier.

If you want to hear boulevardier cocktail pronunciation can hear it said on this video on YouTube.

This boulevardier recipe is now my all-time favorite mixed drink.

This is a pretty old drink, Imbibe Magazine dates it as 1927.

Goes on to say that it was first found in 1927 in Harry McElhone’s Barflies and Cocktails.

The book is actually full of historical information and lots of vintage recipes.

A boulevardier drink is typically composed of bourbon, Campari, and sweet vermouth.

Most recipes call for an ounce of each.

I have also seen a lot of recipes call for 1.5 oz of bourbon, 1 oz of Campari, and 1 oz of sweet vermouth.

Well, I really like bourbon, so I go with 2 oz bourbon, 1 oz Campari, and 1 oz sweet vermouth.

You’ll want to use a decent bourbon.

An inexpensive bourbon I also like to use would be Maker’s Mark or Buffalo Trace.

This recipe should also come with a bit of a warning.

This drink is pretty damn bitter. If you aren’t ready for it, you’ll give folks the “what the hell what did I just drink?!” look.

I like super bitter beers like imperial IPAs, but that first sip is still a bit of a shocker for me.

After the first sip or two, your pallet will get used to the bitterness and you’ll be able to enjoy this truly great cocktail.

There is some talk that bitters may aid in digestion and has other health benefits, but UC Berkeley Wellness says all that is there just isn’t enough evidence.  But I say if you need an excuse to try a Boulevardier recipe some evening, using bitters as a digestive aid is as good as any excuse!

Please drink responsibly and never ever drink and drive!

Never drink on an empty stomach either!  Have some bar type snacks handy like Spicy Pretzels, Spiced Crackers, or Loaded Mashed Potato Bites! 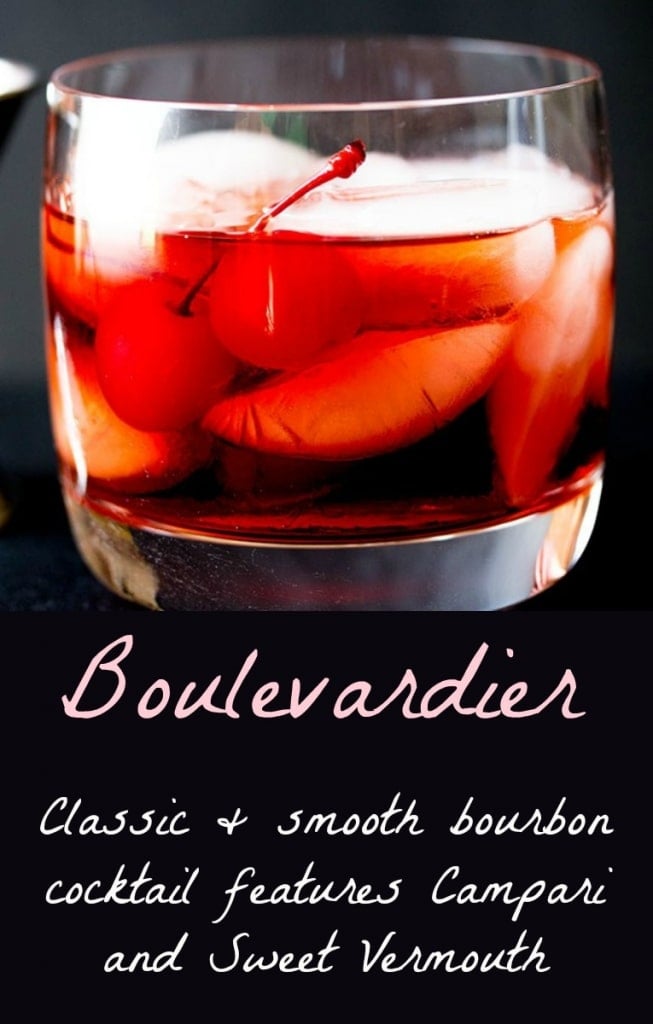 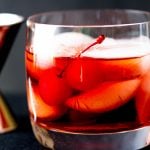 Serving: 1drink | Calories: 234kcal
Don’t forget to follow us on social media using the buttons below.

Sign up to receive emails anytime we have added new recipes and articles.