Southern fried cabbage cooks up in a jiffy.  It makes a quick, easy, and economical meal or hearty Southern side dish and can be prepared in many different ways.  Try them all then choose your favorite! 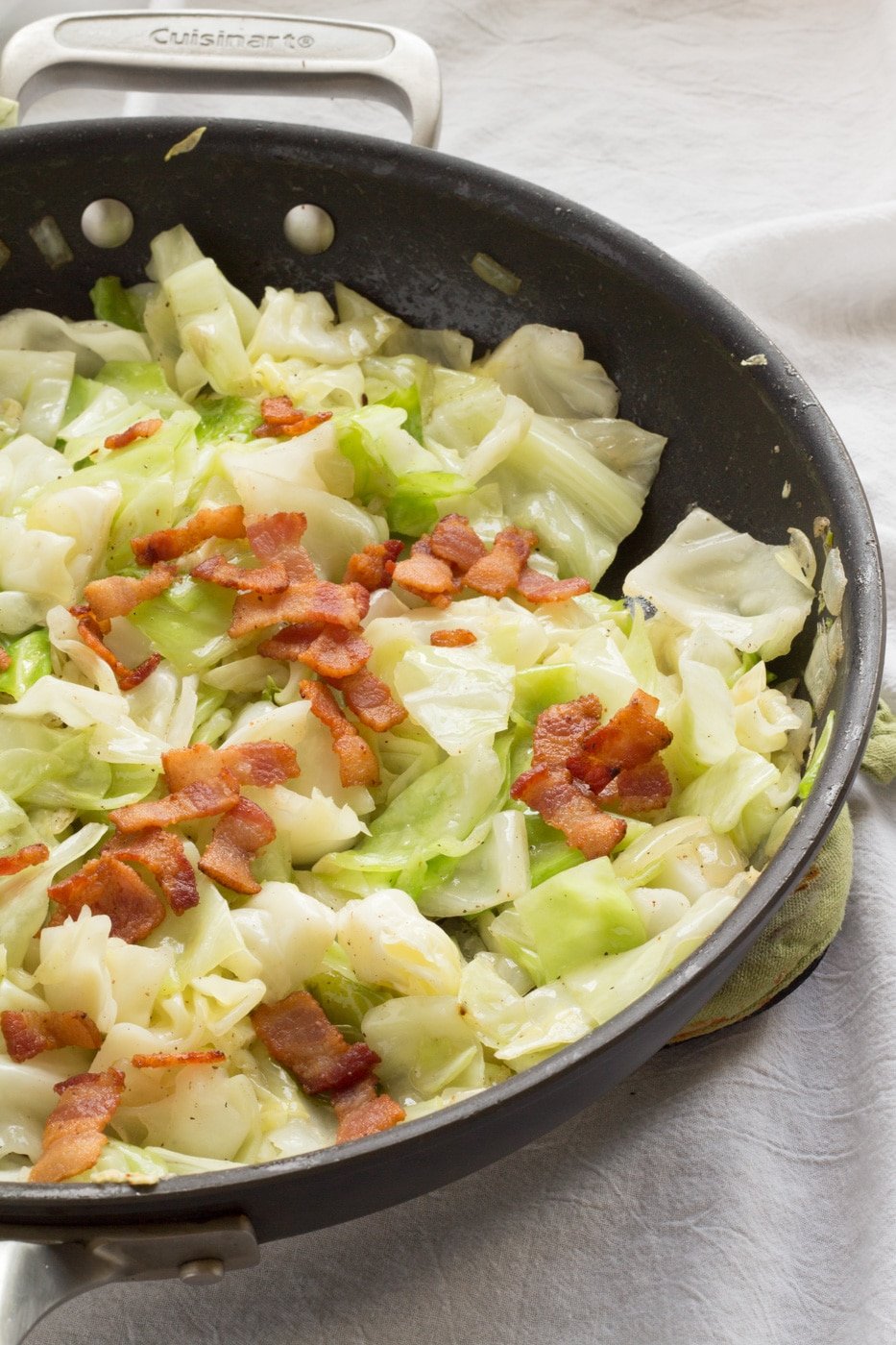 Fried cabbage seems to have its roots in many countries and cultures. 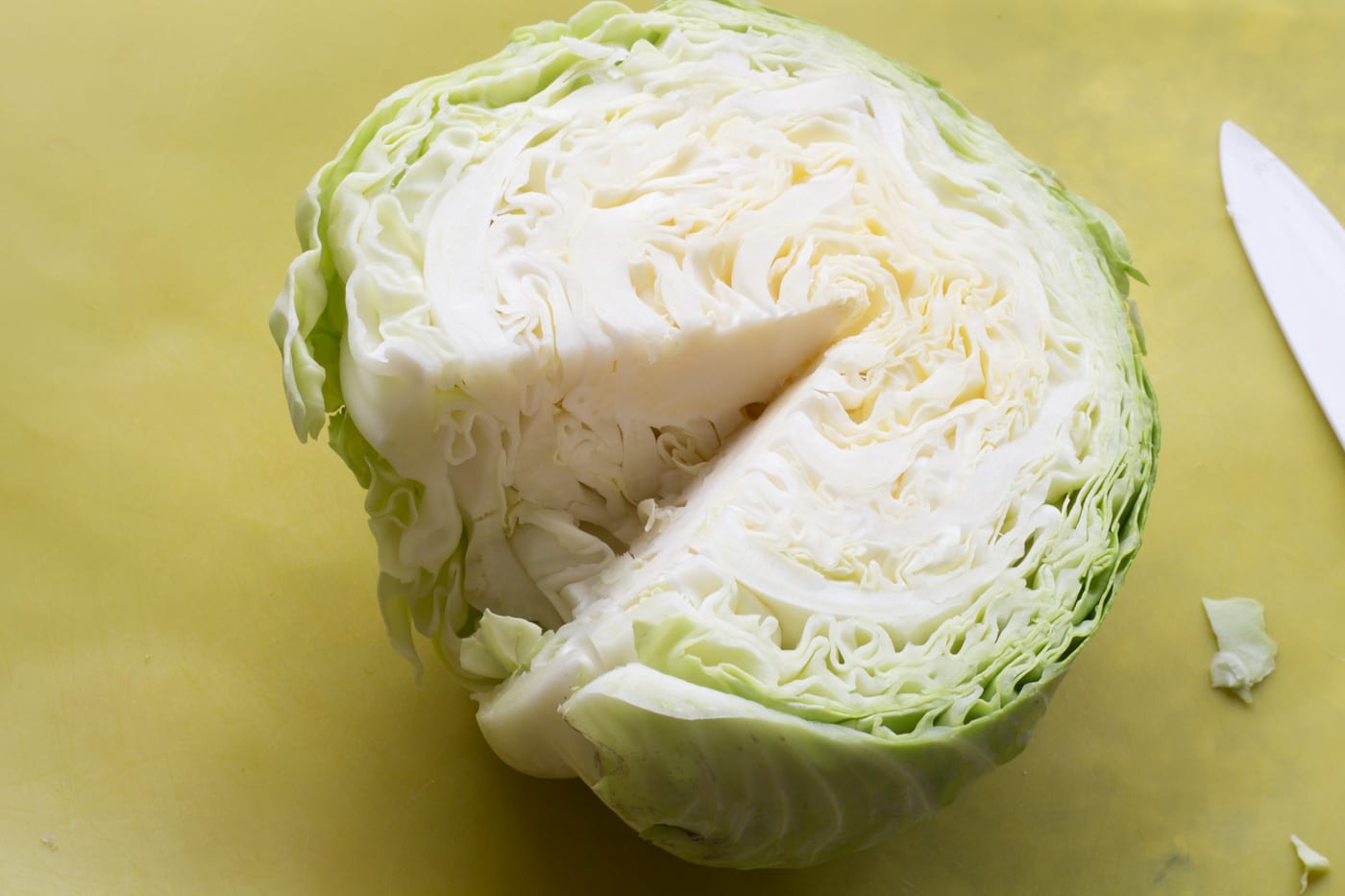 Our cooking styles are heavily influenced by the south and our favorite way to make fried cabbage is Southern Fried Cabbage with Bacon.

Not everything made in the south is loaded with bacon grease or butter despite the rumors running loose!

Before you go getting yourself in a tizzy, bacon grease is the southern way.  My grandmother made it with bacon grease, so its the way I make it.

Besides that, bacon is a healthier fat than butter.

I know bacon isn’t exactly cheap eats, but you are only using 3 pieces of thick sliced bacon per 12 cups of cabbage. 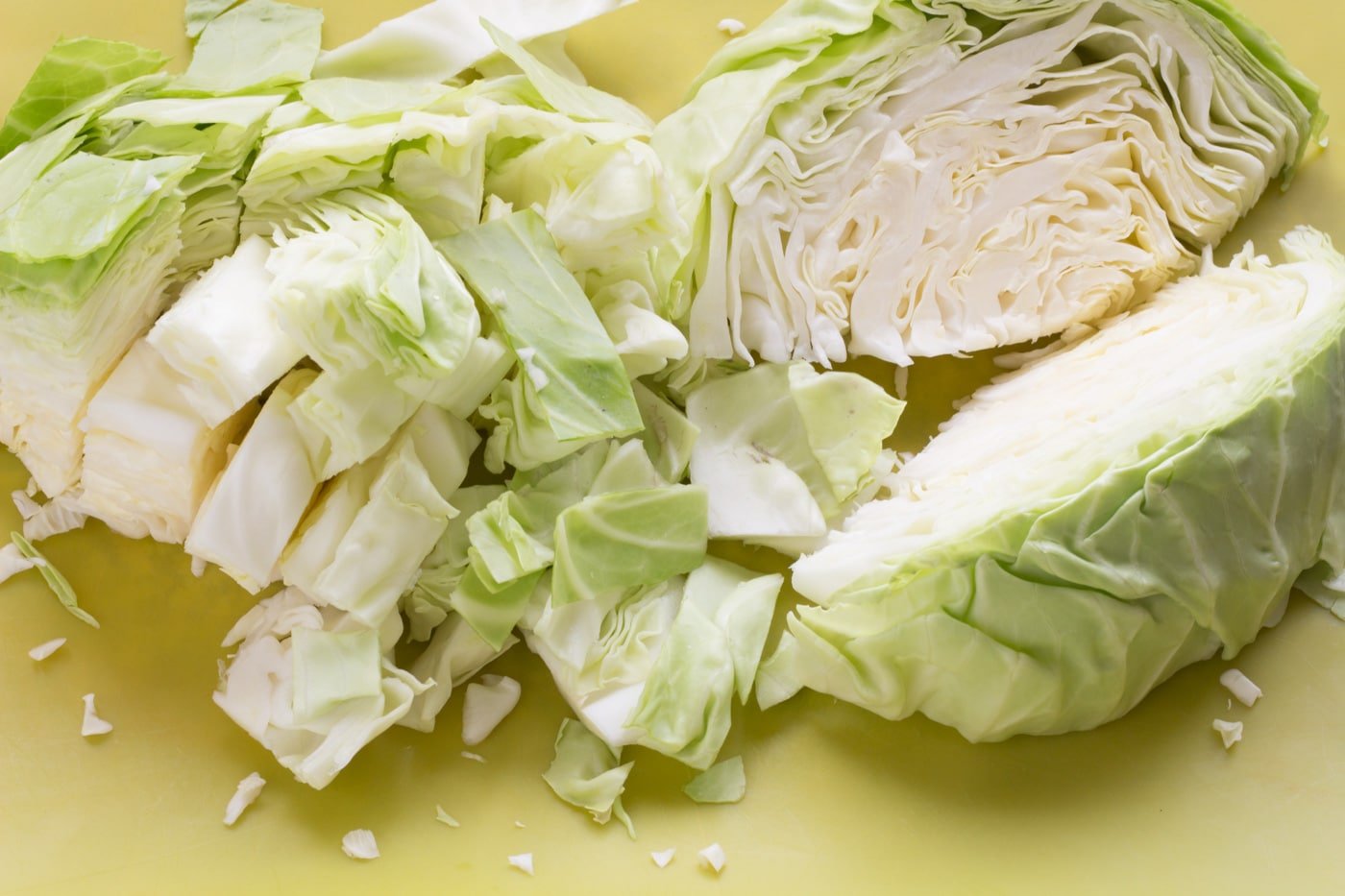 You will get 12 cups of raw chopped cabbage from half of a large head of cabbage.

12 cups of cabbage will reduce to 6 full cup servings once it has been cooked down.

That means each serving has less than a half slice of bacon in it. 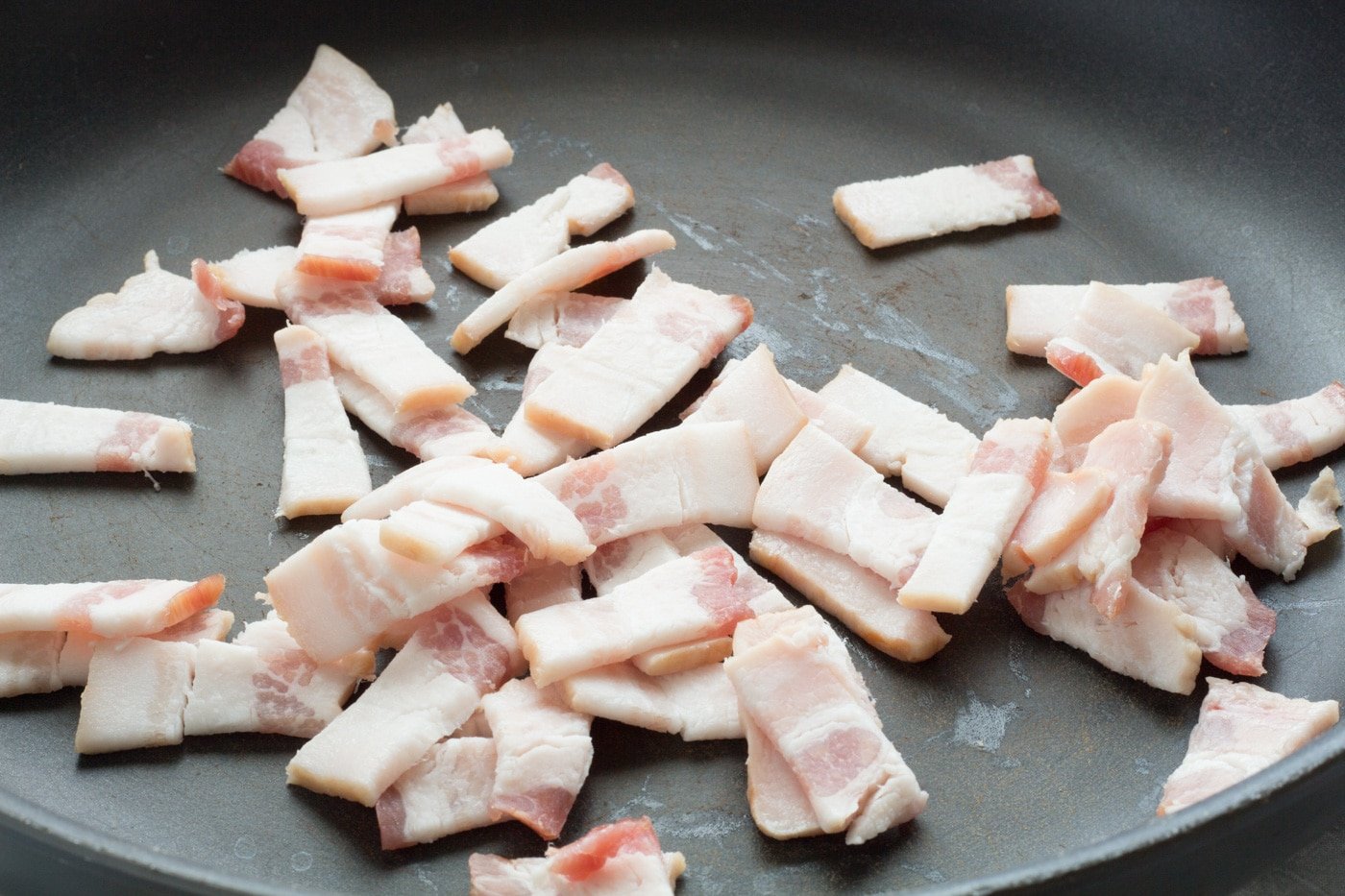 You don’t need any more bacon than that.  Not to say you can’t add more bacon, just saying you really don’t need more.

There is enough bacon in this recipe to provide plenty of smoky flavor.

Now, if you choose to use more bacon than 3 slices, I suggest draining off some of the excess fat.

The bacon fat in a fried cabbage recipe should compliment the cabbage, not overwhelm it or make it greasy. 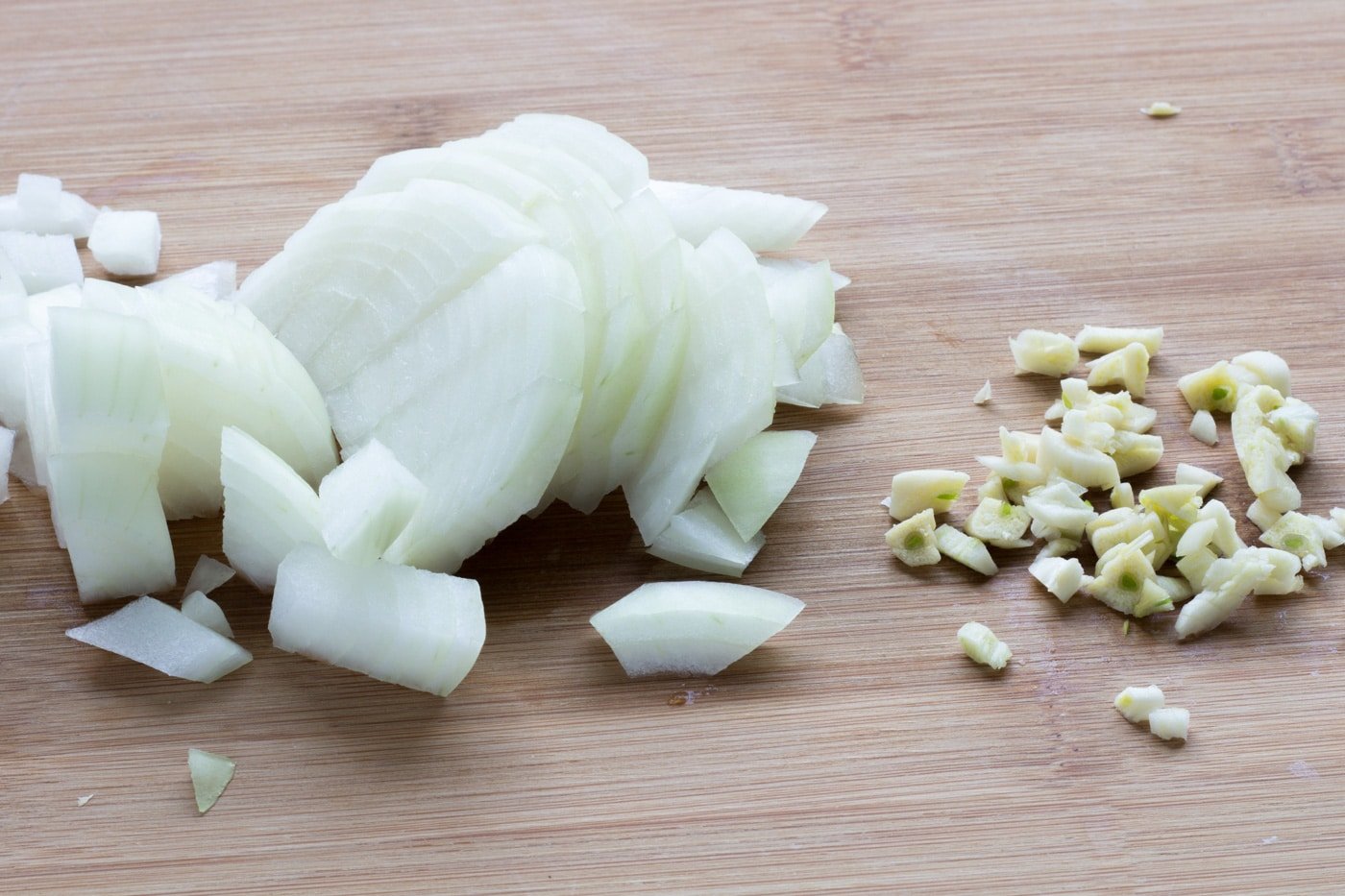 There will be a bit more flavor added when onions and garlic are added.

Larger pieces of garlic and onion are OK to use.  They are going to cook down a bit before adding the cabbage. 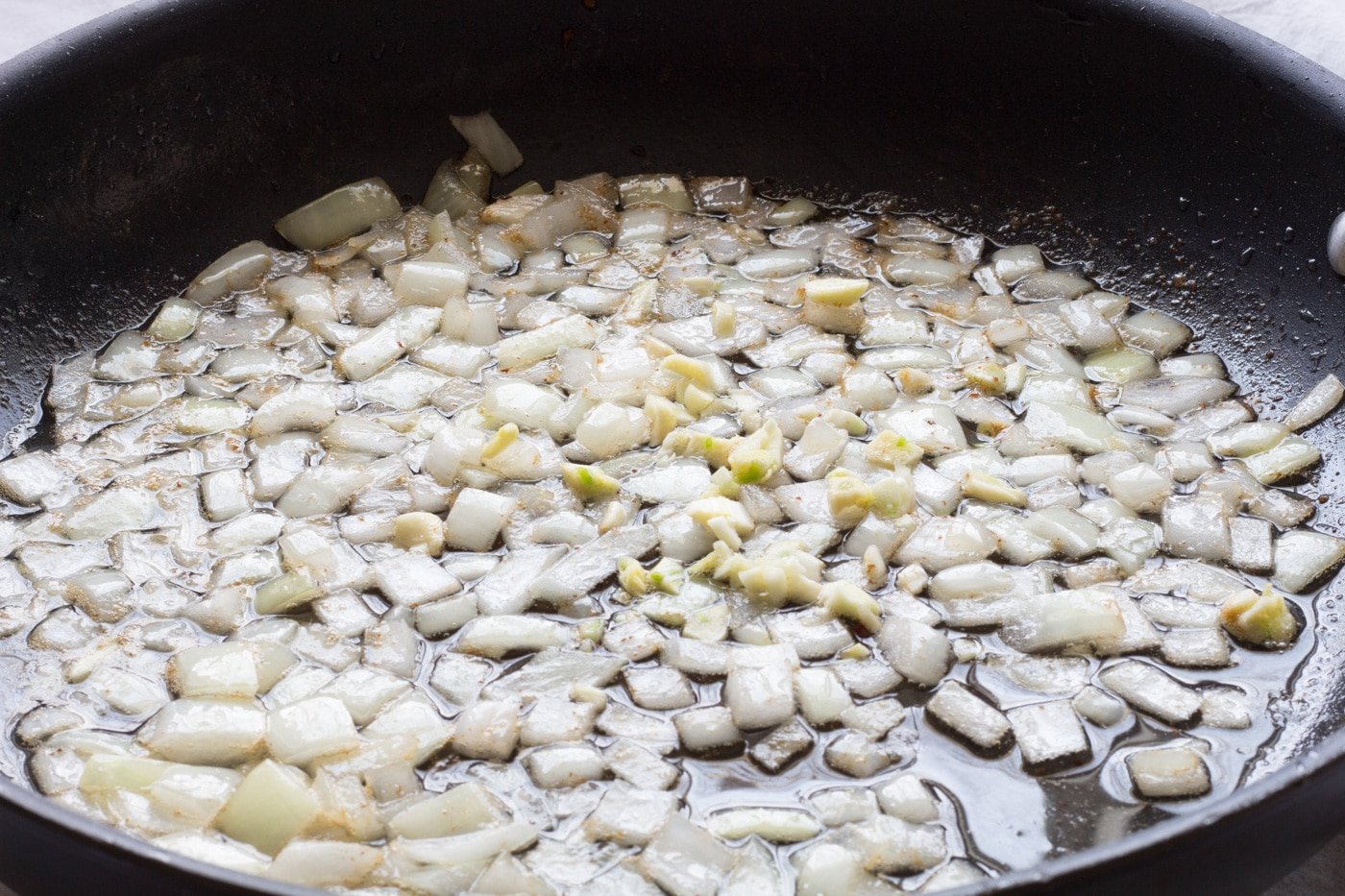 Sauteeing onions and garlic in bacon grease allows the bacon fat to pick up some of the flavors of onion and garlic.  The longer the onions cook, the more flavor they will develop.  They will get sweeter just like caramelized onions would.

Do not add the garlic too soon in this process, it will burn. 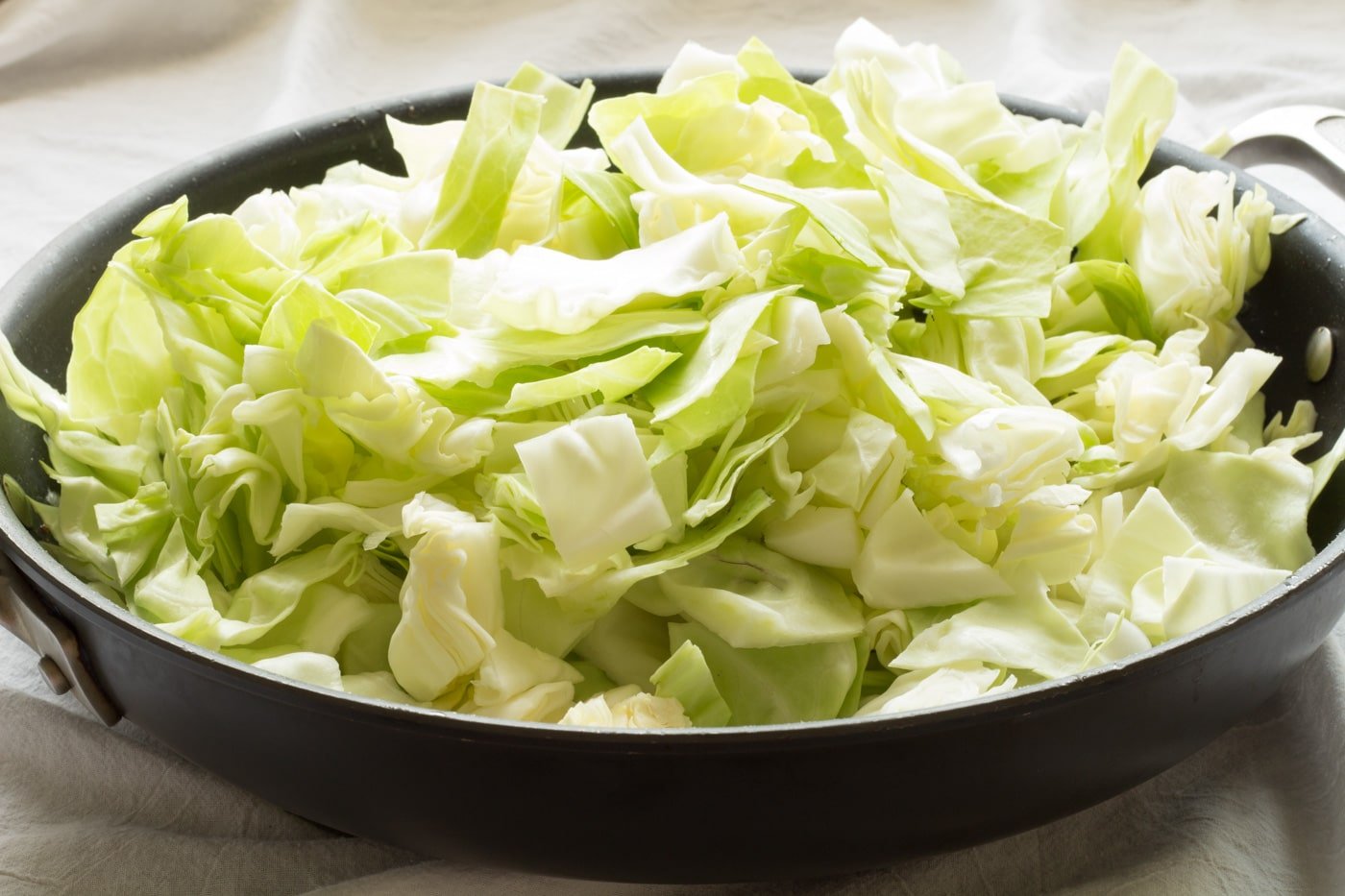 A large skillet will be able to hold half of a heaf of cabbage.  It will wilt down.

If using more than 1/2 a head of cabbage, add about half of the cabbage in the beginning.  As it begins to wilt down add more cabbage as soon as th pan has more room.

I only cook my cabbage until it has just started to wilt.  Some of the larger veiny pieces may still have some bite left to them and for me, that’s OK.

Some people prefer to have their fried cabbage caramelized.  All you have to do it allow the cabbage to continue to cook but keep stirring it.

You do not want to burn the onions or the garlic.  There is a fine line between caramelized and burnt.

Burnt will leave you with a bitter dish.

When adding salt to fried cabbage, wait until the dish is finished cooking to avoid drawing out too much moisture.

You want the cabbage to wilt from cooking not salt.

Making fried cabbage in butter is perfectly acceptable.  It may require more seasonings that frying in bacon fat though since the dish will not have the smokey bacon flavor.

Cabbage can be fried in any light flavored oil too!  The same applies here, you might need more flavoring.

To make fried cabbage and sausage, simply saute the onions and garlic in butter rather bacon fat.

When the onions are softened, add 12 to 16 ounces of smoked sausage or Kielbasa to the pan and cook until the sausages have browned a bit.

Haluski is what my mom called this dish.  To make it, just cook 6 to 8 ounces of kluski noodles and add to the cabbage after it is cooked.

She used butter or bacon fat for frying the cabbage and sometimes she would add some green peppers in with the cabbage as she cooked it.

If you have a hard time finding kluski noodles, egg noodles can be used.  I would cook those to al dente since they are so thin.

Fried cabbage without any modifications is a decent choice for those on a keto diet.  Fried cabbage is not without carbs though, with 9.4 grams of carbs and 3.8 grams of fiber for a 1 cup serving.

About 2 carbs per serving can be saved by not using any onions.  Skipping the onions will alter the flavors.  Consider adding some onion powder to replace the missing flavor. 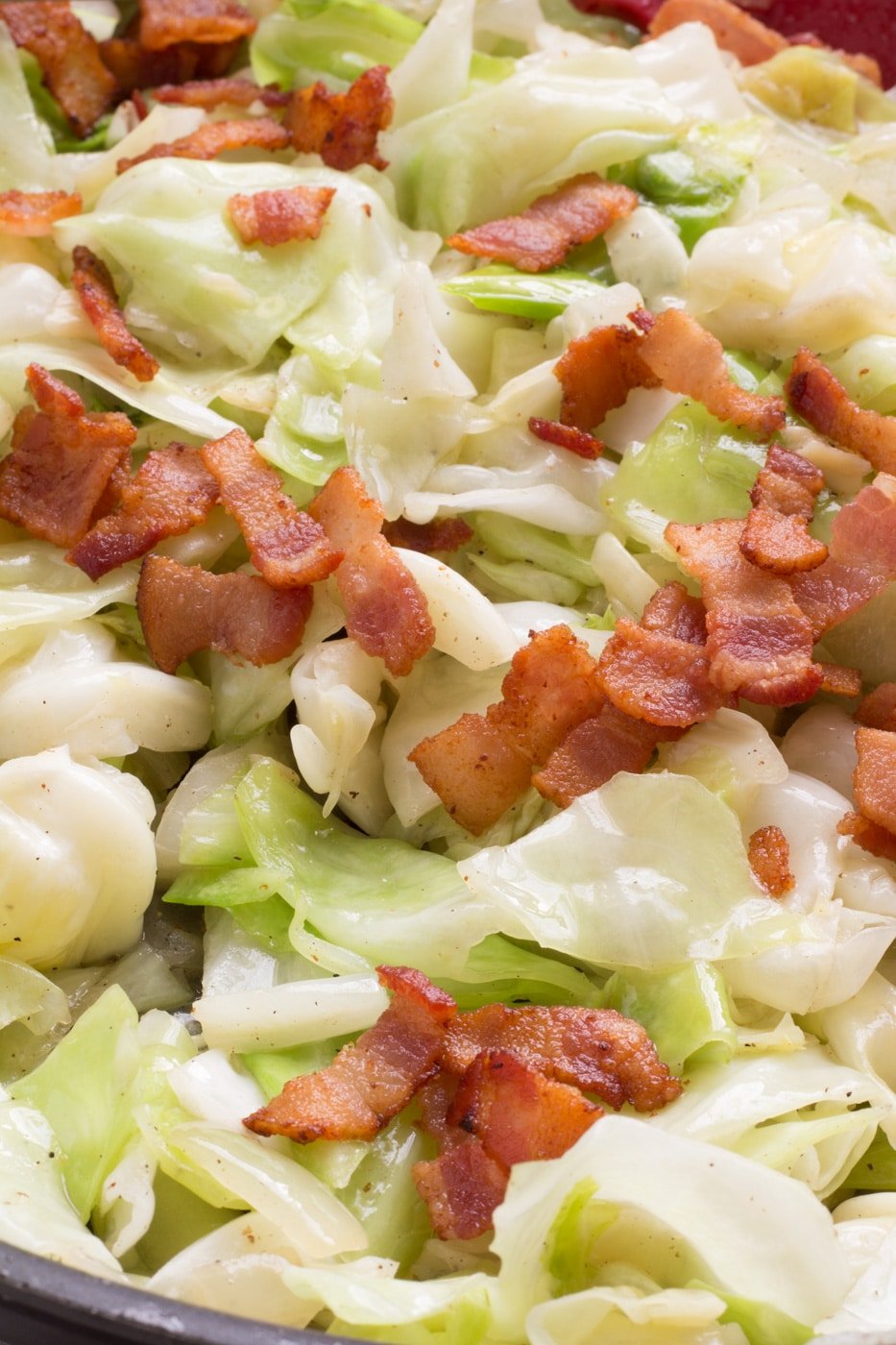 Use Leftover Fried Cabbage for Colcannon, Bubble and Squeak, or Rumbledethumps

Colcannon is an Irish version of cabbage mixed with mashed potatoes.  To make Colcannon and English Bubble and Squeak use potatoes and some replace the boiled cabbage with your leftovers.

Bubble and squeak has a stiffer consistency and designed to be pan-fried or baked until golden brown.

Colcannon has a creamier texture like mashed potatoes with some cabbage, onions, and maybe some bacon added for good measure.

Rumbledethumps is the Scottish version of fried cabbage and potatoes.  This one does not start with boiled cabbage, this one actually starts with fried cabbage. 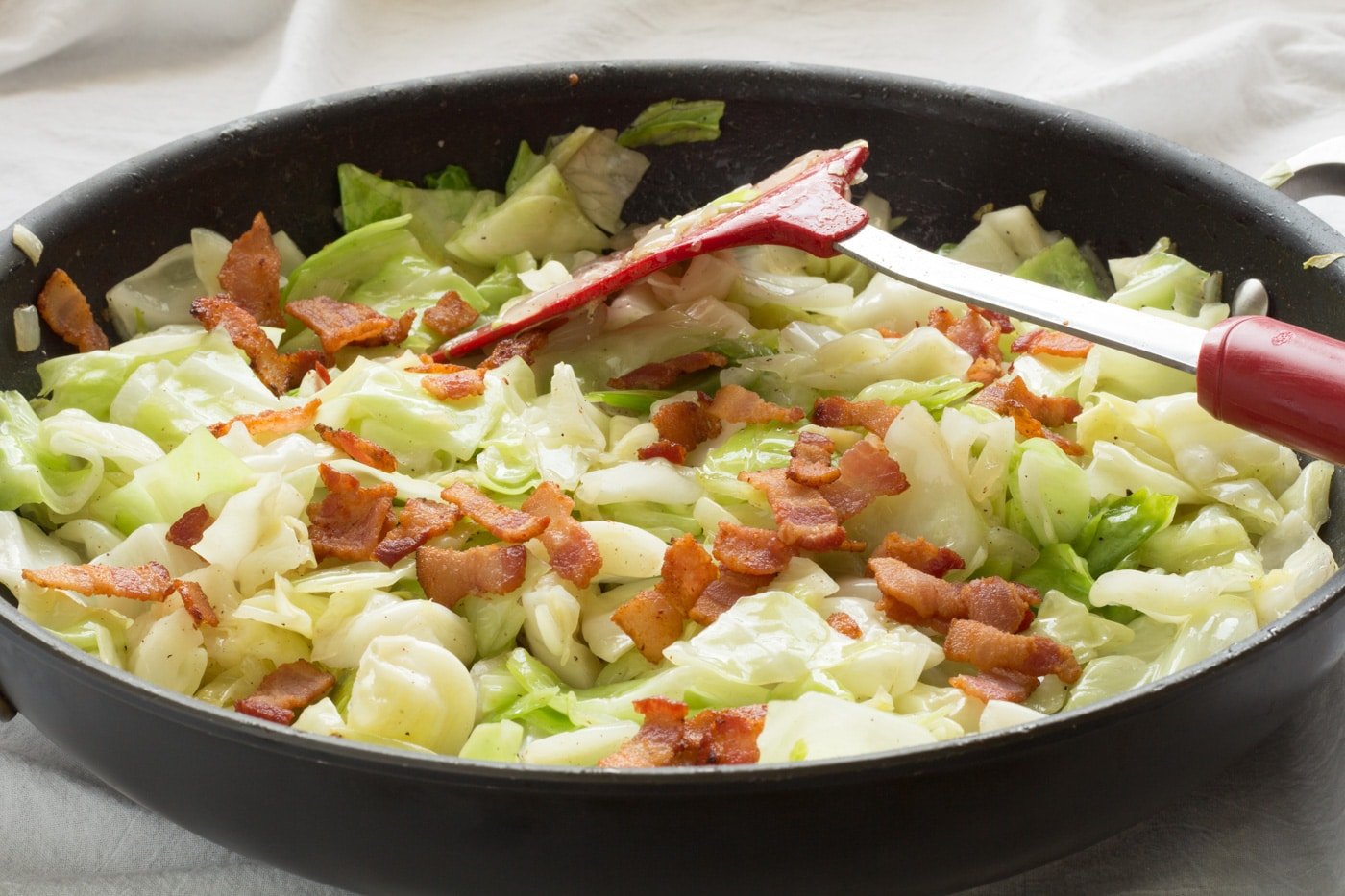 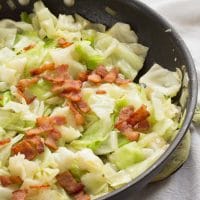